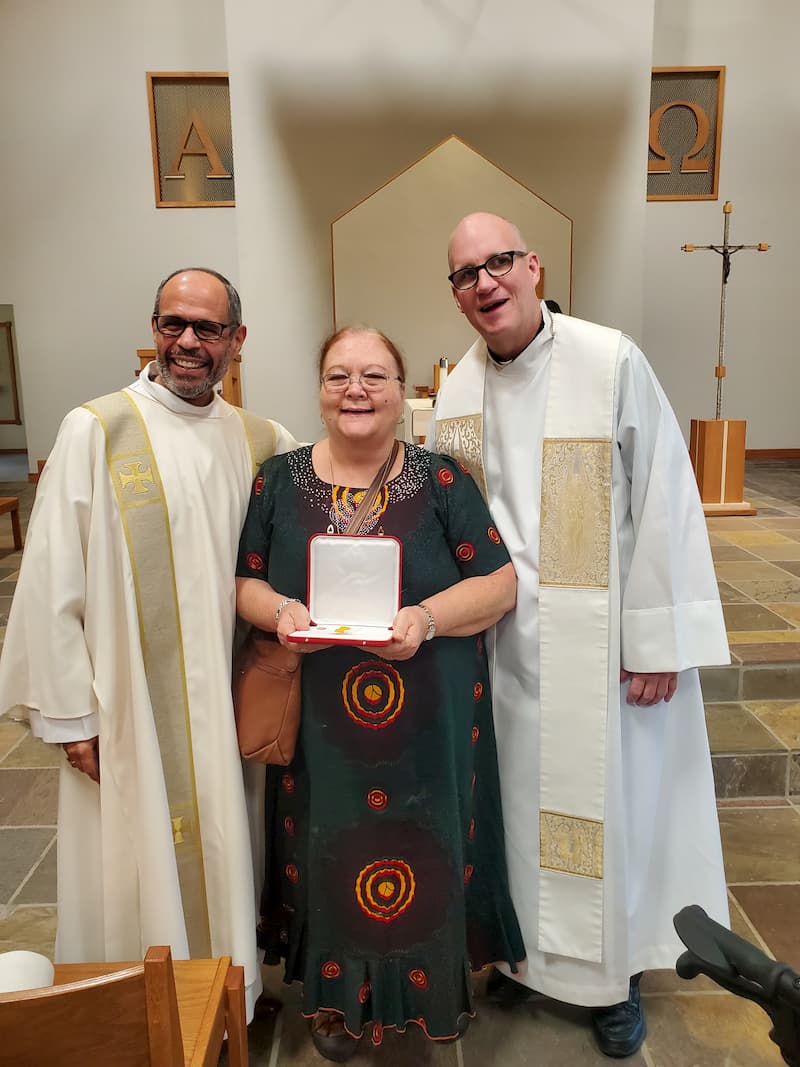 Mary Jo Gretsinger has been a member of Mary, Star of the Sea Parish since 1987.

During this time, she has been an active member of the parish serving as a lector and extraordinary minister of Holy Communion. She also worked full-time for 22 years for the Diocese of San Diego in the Marriage Tribunal. Following her retirement in 2009, she moved to Kaduna, Nigeria where for nearly ten ears she taught canon law at Good Shepherd Major Seminary and she also served on the Provincial Marriage Tribunal. Prior to her return to the states in September 2019, Archbishop Matthew Man-Oso Ndagoso requested a Papal Medal for her many years of service to the Church. Unfortunately, the Medal did not arrive in time to be given to her in Nigeria. Instead, the medal was awarded to Mary Jo at the Diocesan Pastoral Center on Tuesday, February 4.

Mary Jo says that this award is really meant for the entire Parish as so many parishioners have been praying for her daily during her absence. The parish also contributed to the support of the Seminary with their very generous donations to the 2015 Missionary Cooperative Collection.