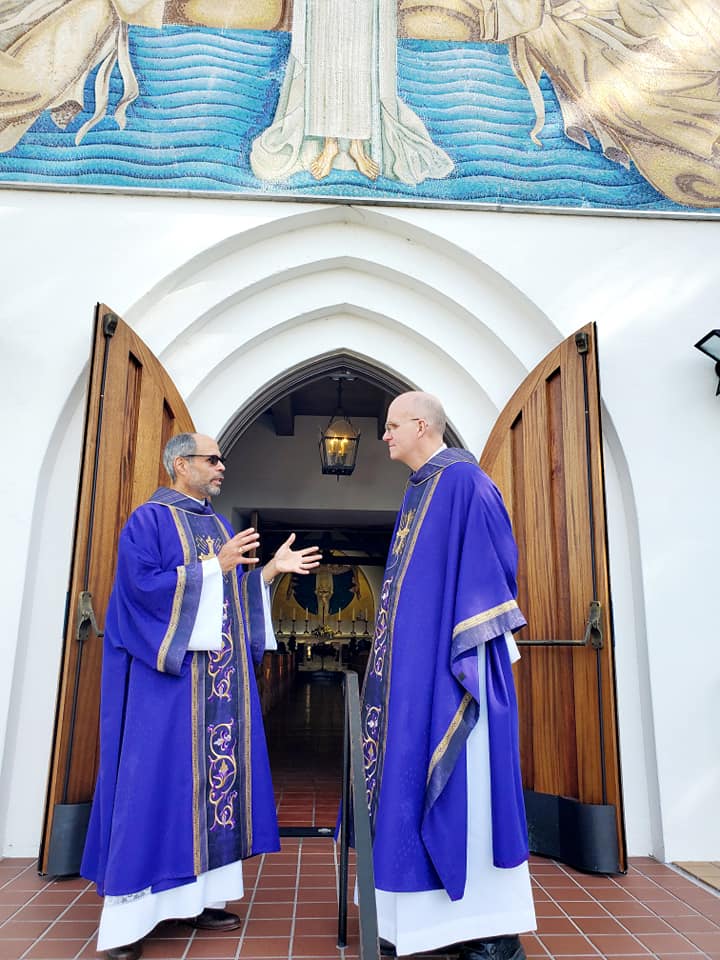 Fr. Pat and Deacon Jimmy (and some other local priests and deacons) will be traveling to Puerto Rico this week as part of the Catholic Extension Society’s efforts to connect local parishes to the wonderful work being done in the name of Christ and the Church. Part of our Lenten journey will be to connect our parish and school to our brothers and sisters in Puerto Rico, who are struggling with recent Earthquakes and past hurricanes.

Please pray for a wonderful trip as they bring your love, concern, and commitment to be in solidarity with the people of Puerto Rico. Upon their return, Fr. Pat and Deacon Jimmy will have many photos and videos to share.

Read about the work of the society below!

Catholic Extension is a papal society whose mission is to work in solidarity with people in America’s poorest regions to build up vibrant and transformative Catholic faith communities. In our founder Francis Clement Kelley’s words, Extension exists “To develop the missionary spirit in the clergy and people of the Catholic Church in the United States.”

Since our founding in 1905, we have helped build over 12,600 churches, and today, through the support of donors and parish partners, we financially support faith communities on the peripheries and their leadership in 87 of the 190 dioceses of the United States and its territories.

Puerto Rico is where Christianity first took root in the “New World.” It is home to the oldest Catholic See in the Western Hemisphere (Archdiocese of San Juan). Today there are 6 dioceses, serving a Catholic population of about 2 million people.

Many of these same churches were damaged during Hurricane Maria. Out of sheer necessity, Catholic Extension took a leading role in helping them with their long-term recovery. In the wake of the Hurricane, there were an estimated 1,100 damaged church properties throughout the island.

In 2018, Pope Francis was appraised of Catholic Extension’s unique role in Puerto Rico. In a public message to us he said, “I greet the members of the Catholic Extension Society of the United States, with gratitude for their contribution to the work of rebuilding in Puerto Rico. In the joy of the risen Christ, I invoke upon you and your families the loving mercy of God our Father. May the Lord bless you all.”

In addition to these recovery efforts, Catholic Extension continues to raise funds to help support the pastoral care of Puerto Rico’s suffering people. Following the Hurricane, the economy has continued to regress, and many people have fled the island. Consequently, Catholic parishes and missions are struggling financially as they increase their support to the poor, vulnerable, and elderly who have been left behind.